Home » TB BOARD | INTERVIEW TO THE ARTIST – NOEL MCKENNA 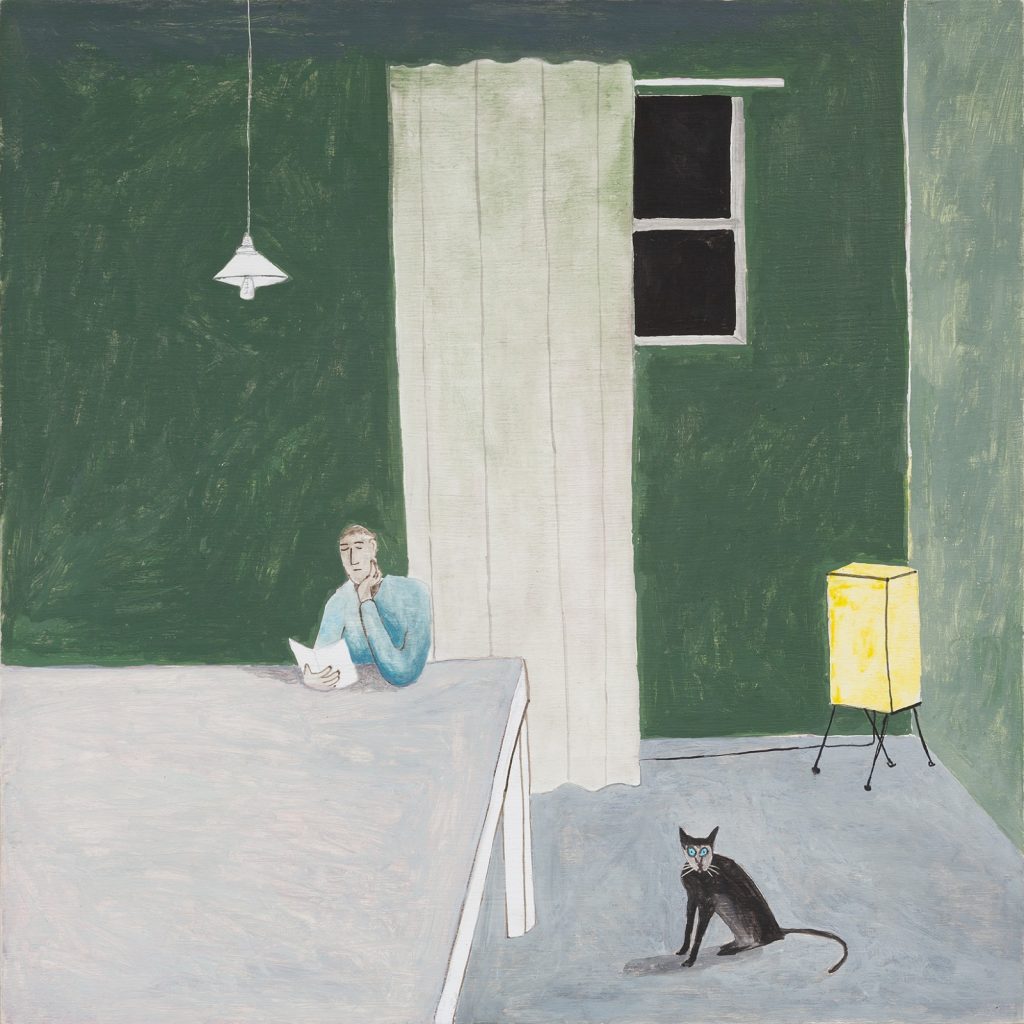 Claudia Santeroni – If you should summarize your artistic research in a few lines, how would you describe it?

Noel McKenna – My artistic research is just part of my everyday life most of the time as I have a philosophy that inspiration can come from anything. My day to day activities often provide ideas for work.

CS – The picture you chose for our newsletter is a glimpse of a street you can perceive the sea from. While I’m writing this questions, in Italy rage the pandemic (I wish from the bottom of my heart that, when this interview will be published we’ll be out of this situation) and this ‘outlet ’behind the curve, this marine vision at the end of the street seems very auspicious.

NM – The image Road by Sea came from a photograph I took in Wellington while driving around with a friend. The Sea I enjoy just looking at, people are not made for the sea unlike fish, whales and other marine creatures. In the painting the road which has been cut through the rocky hillside is an interesting visual: composition. My working method is quite quick, paintings this size 42 x44 cm are mostly done in one session and instinct is what I rely on, I like to keep a freshness about the final image.

CS – What role do the animals play in your work? I’ve read that your first exhibition had been built by animals etching and so far they have been really present in your life, mates of your home daily life. In an 2001 exhibition, if I correctly understood, you carried on enamel on wood various ‘lost pet signs’.

NM – Animals I have always been close to from an early age, having been a quite lonely introverted child. The first animals I became attached to were stray cats in my childhood home in Brisbane which I used to feed by buying tinned cat food with any pocket money I had. I witnessed quite a few generations of kittens being born, would have had a dozen or so in my backyard, making my parents angry.
I do have friends, I am married with two boys but is interesting with the “social isolation” we are practicing now, my life has not changed that much I often have spent long periods never leaving my home, studio except to go the supermarket. Animals I use in my work for different reasons, firstly I enjoy looking and studying them, they generally are at the mercy of people and my experience has been with domestic animals, cats, dogs and birds but while not believing their thoughts are as complex as ours I believe their is a lot more going on in the minds of animals then people think . When I moved out from living with my parents I did not have any pets in any of the houses I lived before I married my wife Margaret which was a period of about 8 years. Since being married have only had dogs due to Margaret being allergic to cats. It is hard to imagine not having a dog in my life. I had an exhibition of lost pet posters which was based on posters people had put up when their pets were lost. Most were ones I saw around my area in Sydney plus a couple from trips to Melbourne. Often people’s text they put on the poster is quite emotional, often I think put down quickly in order to get the message out there. I never changed the text people wrote but did ring the phone number that was on poster to see if animal was found and to see if ok to put their number in my painting. Most people did not object to having their phone number on the painting.

CS – I liked DOOR series: the painting on everyone of it, made me think about possibilities beyond the limit.

NM – The door series is an extension of my interior paintings which is a big part of my work. The holes I cut into the doors then put back into the holes with painted images of domestic life behind the closed doors kind of came from when I visited a nephew and he had on his door a handwritten sign “Ceep Out”.
I enjoyed the misspelling and never asked him if it was deliberate. A room, home is a shelter from the outside world, and I often think about what goes on behind closed doors, could also be connected with my love of Hitchcock’s movie Rear Window.

CS – A piece really struck me: Police helicopter, Central Park, N.Y, 1986. Most of the other pieces seems to me extract of “normality out of extraordinariness”, this one instead from my point of view is a unique case, because it shows an exceptional event.

NM – Police Helicopter Central Park was done after my first trip to NY in 1986, I did it from a photograph in the NY Times which I cut out and bought home. I have lost the cutting and cannot remember the story behind the photograph. I loved NY immediately on being there and have been going on yearly trips for about the last ten years or so. It is a combination of the great museums there as well as just walking around the streets always seems to be something interesting to see. The city though has lost a bit of the mix of life that was there due mainly to gentrification of areas but still has enough left to be interesting.