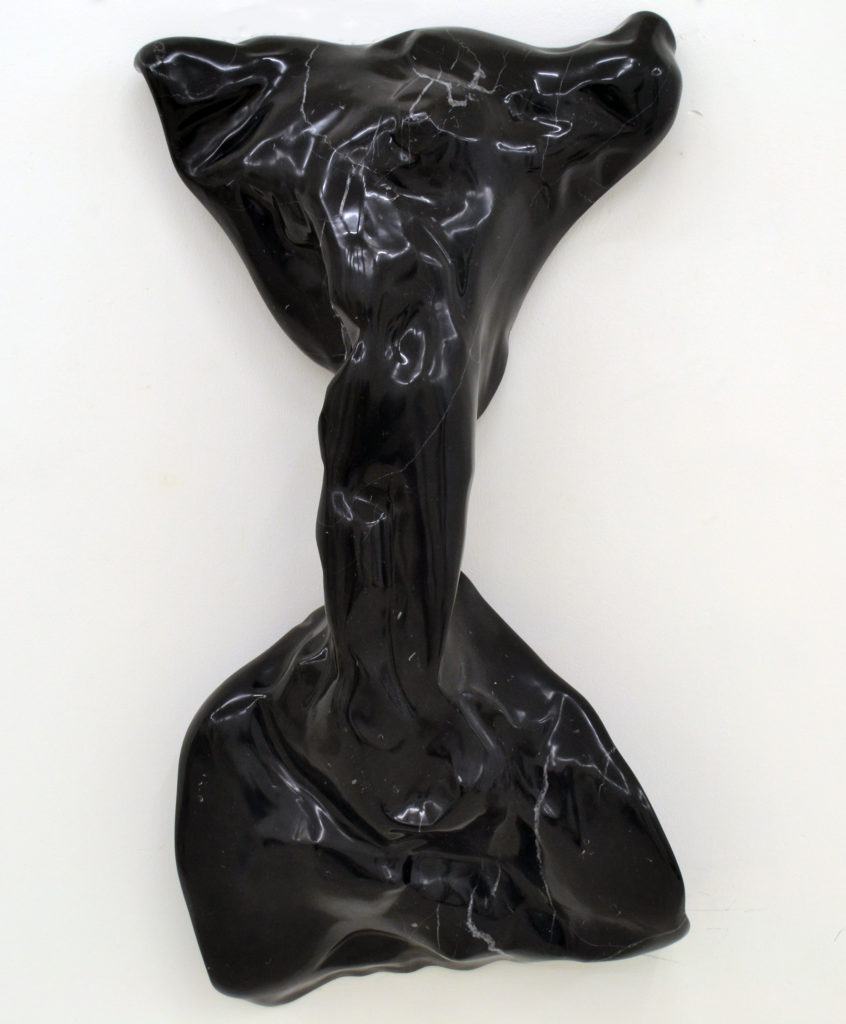 The exhibition includes a series of large scale marble Torsos specially made for this show as well as a selection of her recent paper sculptures and ceramics.

Benglis and the Baroque explores Benglis’ long-held interest in Baroque sculpture. Much like Gianlorenzo Bernini, Benglis seeks to freeze the intensity of the moment and merge beauty and sensuality in spectacular frozen gestures. Benglis’ attention to materials and ongoing research into the “extravagant” are in full agreement with Baroque poetics.
Departing from the non-traditional art materials which dominate contemporary art, Benglis’ new marble sculptures signal an engagement with art history and a continuation of her ongoing embrace of the natural qualities of her various media. These are among her first sculptures in marble and Benglis exploits the material for all of its voluptuous qualities. For instance, the surface of the white Torso calls to mind the fitful undulations of Bernini’s sculptures all the while retaining the marble’s inherent glow. This effect is amplified in other works in the series by Benglis’ use of different colored marbles. On one level, colored marble harkens back to the many ancient and Baroque architects and artists who were drawn to its inherently decorative color and pattern. Benglis goes one step further and puts the naturally rich colors of her marble forms in dialogue with the veins which trace the forms’ peaks and hollows, much like the cascading lines of ink and paint which appear in Benglis’ paper sculptures. This sensuous interplay of form, color and line is likely to encourage in the viewer a “movimento d’animo” (Movement of Soul).
In her recent paper sculptures, Benglis returns to torso and totem forms, recurring shapes in her decades-long career. In these works, the play of surface against structure is key. Benglis lays handmade paper over a skeletal armature of chicken wire which is sometimes concealed, sometimes revealed. The excitement that comes from this peep-show of support and surface is heightened by sparkles, another of Benglis’ signature materials. At the most basic level, these sparkles contort the forms they cover by means of their reflection and absorption of light. For the viewer, they also add a sense of movement and theatricality very much in keeping with the spirit of Bernini’s fountains. The flicker of Benglis’ sparkles imparts the works with an ceaseless changeability.
Movement appears again in Benglis’ ceramic sculptures, this time slowed down within its earthen material. Benglis has worked in ceramic since the early nineteen nineties.