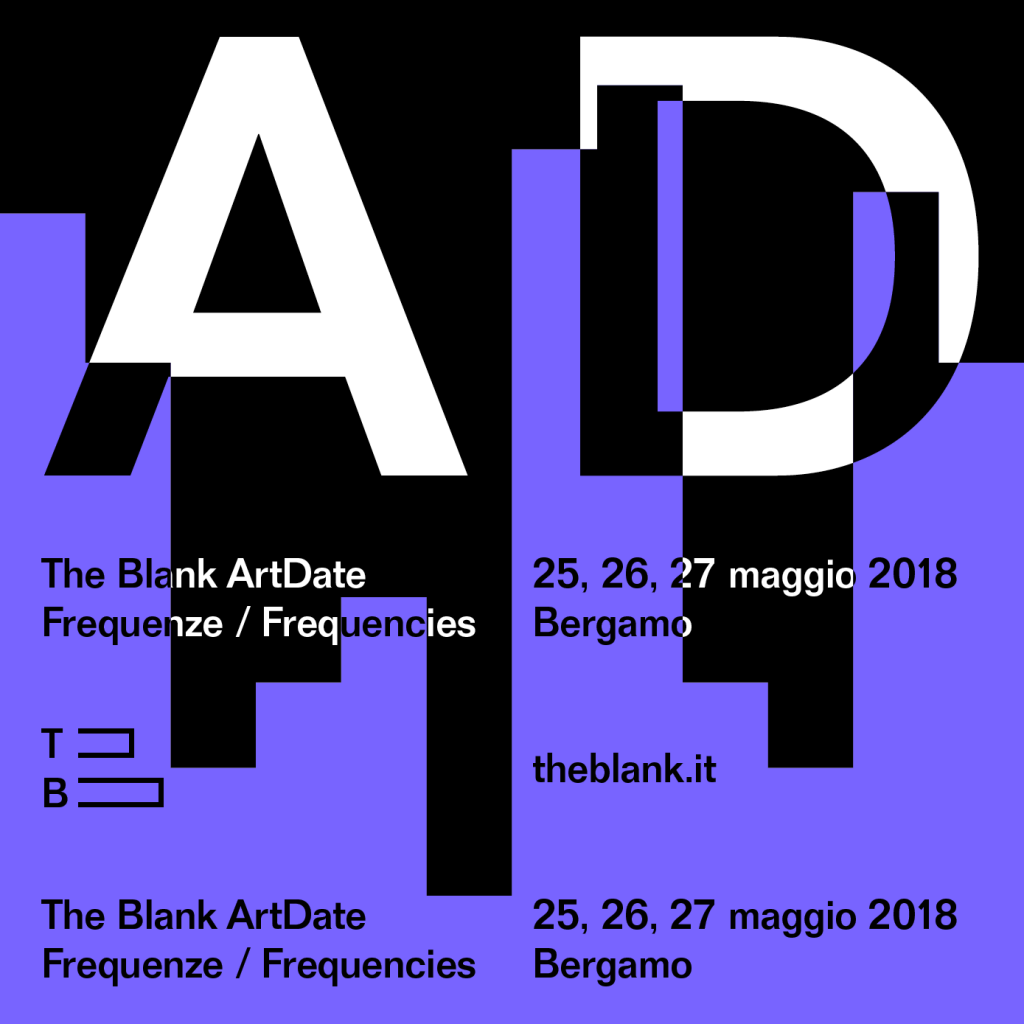 With over 30 events, 45 artists and 5 institutions involved, the event confirms itself as a reference point and an unmissable appointment not only for contemporary art lovers but for all those who take part in the participative and collaborative dimension, taking part in the numerous proposed events.
The Blank ArtDate is a contemporary art festival recognized by the European platform EFFE – Europe for Festivals, Festivals for Europe for its artistic quality, the involvement of the local community and the European and global breath.
The Blank ArtDate offers a renovated appointment focusing mainly on artists who use in their practice artistic forms and means of expression such as audio, video, performance and talk.
The predilection for immaterial and ephemeral interventions, which are consumed at the very moment in which they are carried out, as a vision, listening, conversation or performative event can mark the event under the heading “FREQUENCIES” that alludes to the number of times an event is repeated in its temporal dimension, to the rhythm of an event, to the perception of its movement, to participation in an activity.
All the meanings according to which this word can be declined combine to represent the new edition of The Blank ArtDate.
In the era of streaming, on-demand and image sharing, the figure that characterizes The Blank ArtDate 2018 is the unavoidability of the user’s participation in a specific place and in a precise moment. The non-repetitiveness of the performances and the non-materiality of the sound and video works impose the physical presence of the body of the assistants so that they can be intercepted, coded, decoded and then transmitted again and recounted.

An important news is the participation of the Hospital Papa Giovanni XXIII, a great operative and symbolic place for the entire community. Inside it, continuing a path that weaves art and health, two cycles of projections are scheduled, made by important national and international artists such as Yuri Ancarani, Oscar Giaconia, Hanne Lippard and Driant Zeneli. The proposed program addresses issues related to the life that is conducted in a health facility and to the emotional states that affect those who pass through it.
Still inside the Hospital, Bergamo Film Meeting proposes the vision of “Cartoni Animati in Corsia” and a focus of the Dutch artist and animator Maik Hagens.