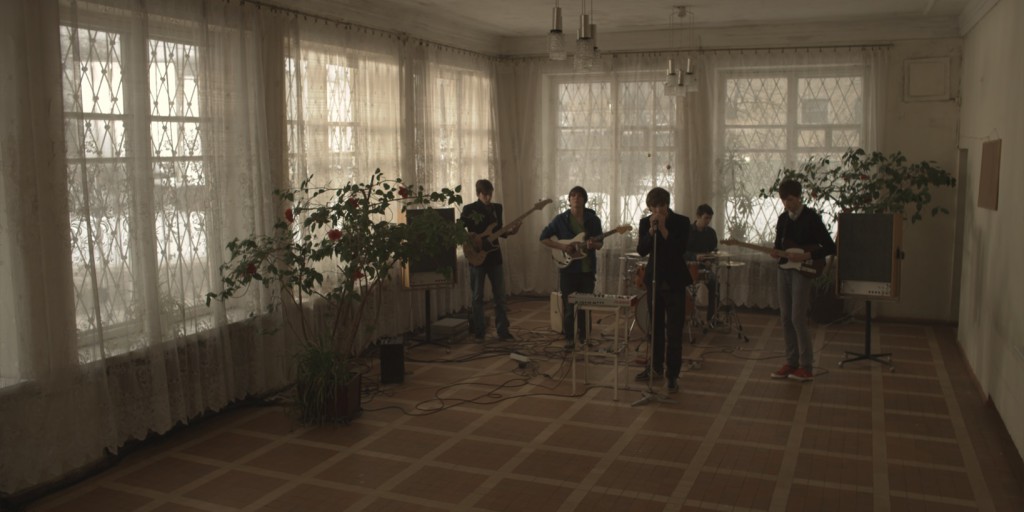 ‘Ausgeträumt’ has no direct English translation but means a state between dream and reality at the point of waking up.
The very first creative attempts by any artist usually are very positive, unaffected by criticism, even naive activities. I do understand “naiveté” as an initial state to be creative for any beginner in any field of arts. Without naiveté any young person, probably, would not choose to be an artist, so to be condemned for very possible failure. Here I would like to refer to myself. I had to be absolutely naive to choose to be a visual artist, in the late 80’s when in the Soviet Union everything was falling apart. There was no precedent of success, or an example to follow in the country which was still isolated.

With ‘Ausgeträumt’ I am re-approaching to the state of mind of “naiveté” which I find quite beautiful and already lost. I have shot young boys performing their very first song as just started indie band. I find it really optimistic to start a band with some ambitions in Lithuania. Pop music here was not really developed as an original form of self expression at any period, besides a few exceptions also known only locally. No musician has made it internationally so far from here.

I have offered to that bunch of idealists, to produce a music video of their first single. The piece as Lux and Independent Cinema commission was printed on 35mm film and was touring around cinemas in England during year 2010 – 2011. So the guys had a virtual tour of their first song around England, the country with a strong rock music tradition, so the address of a desire to any starting musicians.