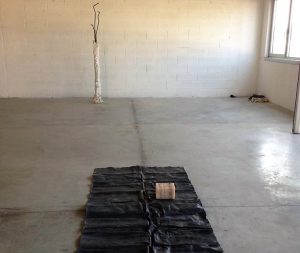 I thought I had met in that ingot of common steel, commonly called iron, a proportion, a unit I would say” symbolic “of all the iron: that metal was all there inside in an atomic explosion. That ingot was not a form, it was not an object but a thing in itself. So I looked for other materials that were equally intensely appealing to me, and the only formal criterion that I imposed was the size of the first Racconto. […] The other criterion was intensity and the satisfaction of the various meetings, now echoes of memories now of nostalgia, of places and situations.