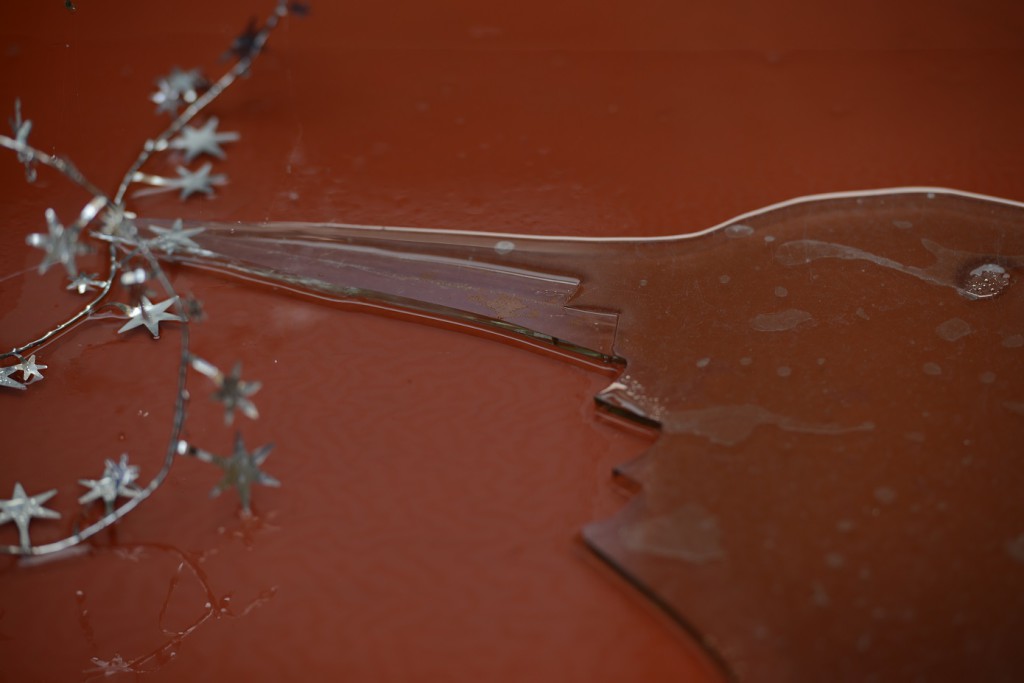 Tardis is referred to the Police’s telephone booth that navigates through space and time in the longest-running English science-fiction series: Doctor Who.

Into the big factories we occupied, usually when
I was tidying up and cleaning, I used to compose objects; sometimes, while stopping and grasping,
I photographed scenes suggested by motionless actors.

As now I live and work in a former printing press, which is also a warehouse for things gathered during all my working life, space is limited and forces me to compose very sparingly, denying the accumulation of new stuff.

However now and then I can’t hold out against something I meet.

The Tardis consists in an orange glass of the Italian public telephone booths, with a Pinocchio shape above that comes from the crushed mirror of a garden table tipped over by the wind.

Little stars on a semi-rigid thread go from underneath his long nose up to the sky. It seems like Pinocchio is looking at the row of stars in the sky, in the space, from his horizontal
two-dimensionality.

Tardis says it’s not late yet to reach people’s desires. Pinocchio is our oldest Doctor Who, naïve, curious, clever and brave explorer, who has a flair for business, poet and dreamer, just like Italians.
In his orange booth he travels through the stars, imagining times and spaces;
and the Universe is made of imagination since its primordial composition,
so that we will get into the one
of all the worlds.