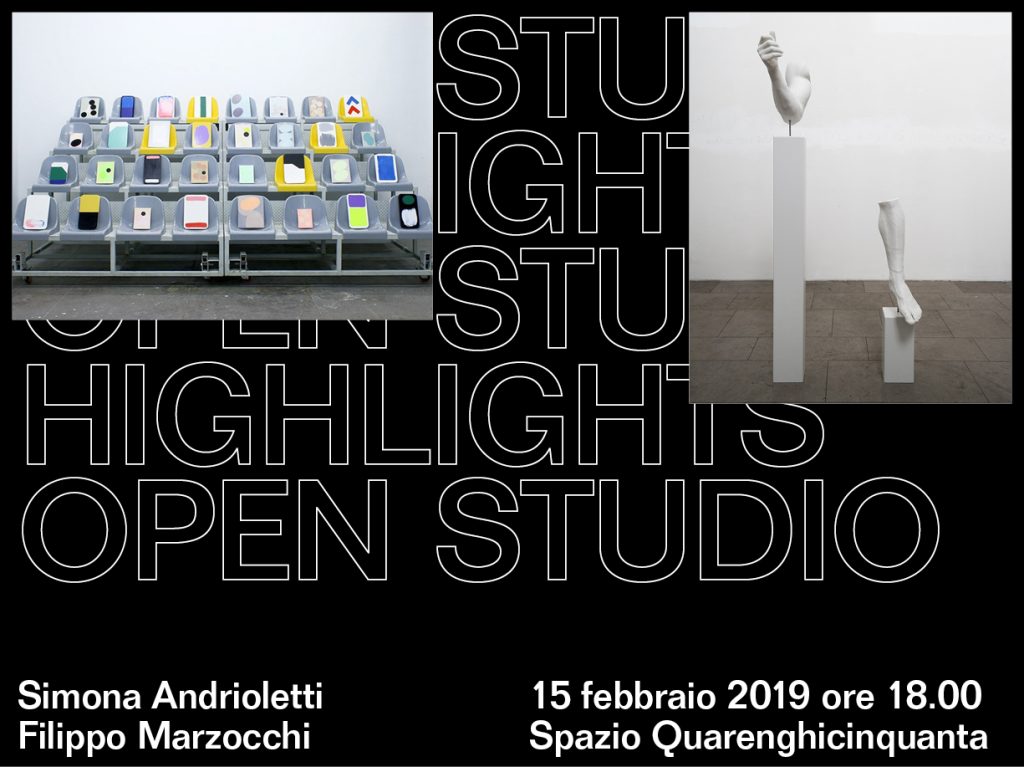 The Blank is happy to announce the Open Studio of Simona Andrioletti and Filippo Marzocchi, winners of the HIGHLIGHTS residency program 2nd edition.

On 15th February at 6pm, on the occasion of the award ceremony and the final Open Studio, the artists will present their artistic project, realized during their stay on the territory, at Spazio QUARENGHICINQUANTA.

Simona Andrioletti will present the project Google IT!, realized in collaboration with Giacomo and Pio Manzù high school students. This work is born by some reflections about Moravia’s oration at Pasolini’s funeral, by a YouTube video and by an Umberto Eco’s letter to his adolescent nephew, where he explains the importance of keeping the memory exercised and of knowledge. The artist invited the students to ask questions about topics that, in their opinion, is important to know. Questions linked to studied subjects, which are fundamental and should be passed on.

Filippo Marzocchi, during the residency stay, focused on his pictorial production, specifically in the “Icon” series, where he analyzes the relation between painting and technological devices through the iconic structure of the picture, highlighting the relationship between man and these objects. There are some fundamental features in this production: the construction of rounded-angle frames, a defined use of a precise color palette and research for signs and road signs as pictorial support.

HIGHLIGHTS residency program is realized in partnership with FARE, with the support of MIBAC and SIAE, in the initiative “Sillumina – Copia private per I giovani, per la cultura”, aimed at under35 Italian artists. Projects were selected by the international jury composed by Domenico De Chirico (independent curator and artistic director at DAMA), Stefano Raimondi (curator and critic) and Driant Zeneli (artist and artistic director at Mediterranea18).

Simona Andrioletti, born in Bergamo in 1990, lives and works in Munich. She graduated at Accademia di Belle Arti di Brera, studying with Gianni Caravaggio. She studied visual arts at Academie der Bildende Kunst in Munich with professors Gregor Schneider, Simon Starling and Olaf Nicolai. Simona has been selected among the finalists of the Talent Prize for two years and has participated in the related exhibitions at MACRO in Rome, in October 2016 and December 2017. She presented her work at Fabbrica del Vapore in Milan, at Nir Altman Galerie, Stiftung Federkiel and at Kunstverein München in Munich, at Réfectoire des nonnes and at Palais Bondy in Lyon, at Waterworks Falkenstein in Hamburg. Her first solo show “And there was evening and there was morning” was hosted in 2016 at Twenty14 Gallery in Milan. She is among the founders of Residenza d’artista Carloforte, an artistic residency on San Pietro isle in Sardegna.