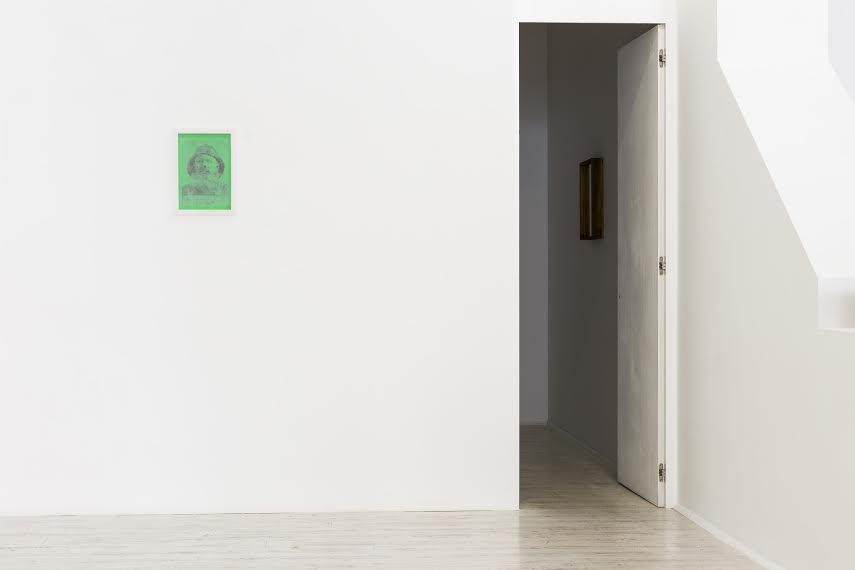 In these moments, when Art displays itself as a stack of artistic shows, mainly seen as nothingn more than public entertainment, the need for rest and meditation becomes urgent. The large kermesses in Venice and Kassel and the ever-increasing number of fairs and auctions contribute to creating and multiplying a fast-paced and casual access, which does not consider the artworks’ peculiarities and, on the contrary, focuses its attention on the exhibitive context and on the price.
In order to return to the Art’s fundamentals through a contemplating and reflective gaze, Thomas Brambilla Gallery is proud to present the Wunderkammer project. A single artwork by a designated artist will be selected and placed in an appropriate place where it will not seek nor lure an audience, but admirers and connoisseurs, instead. The artwork will stand as a reflective hiatus to the enthusiast, presenting itself as a dialogue between one’s existence and the gaze of the lover.
The first meeting of the Wunderkammer series hosts Overman, an installation by Oscar Giaconia staging a “dead time” through the small portraits of an elderly fisherman and a swineherd.
Committed in their own synthetic reliquaries, these overseers find in isolation the necessary condition in which to carry on their occupation. They represent host images ready to be colonized by their own parasites, as “pilot hollows” they are going to be passed through by a concatenation of roles, destined to nothing more than descent and neglect.

Oscar Giaconia was born in Milan in 1978, and now lives and works in Bergamo. He completed his studies at the Accademia di Belle Arti of Brera, and participated to several group exhibitions such as Too big or not too big held at Thomas Brambilla Gallery, Fuori quadro. Follia e cratività fra arte, cinema e archivio, curated by Elio Grazioli at the Sala di Porta Sant’Agostino, Bergamo, Peintures, which took place at the Musée Saint-Loup of Troyes, Happy Ending at the FRAC Champagne-Ardenne, Reims, and many more. His first solo show, Alea, took place at the Thomas Brambilla Gallery (2012), while other solo exhibitions were held at the BACO space and at the National Museum of Natural History di Mdina, Malta.