Home » TB BOARD | INTERVIEW TO THE ARTIST – GIOVANNI KRONENBERG 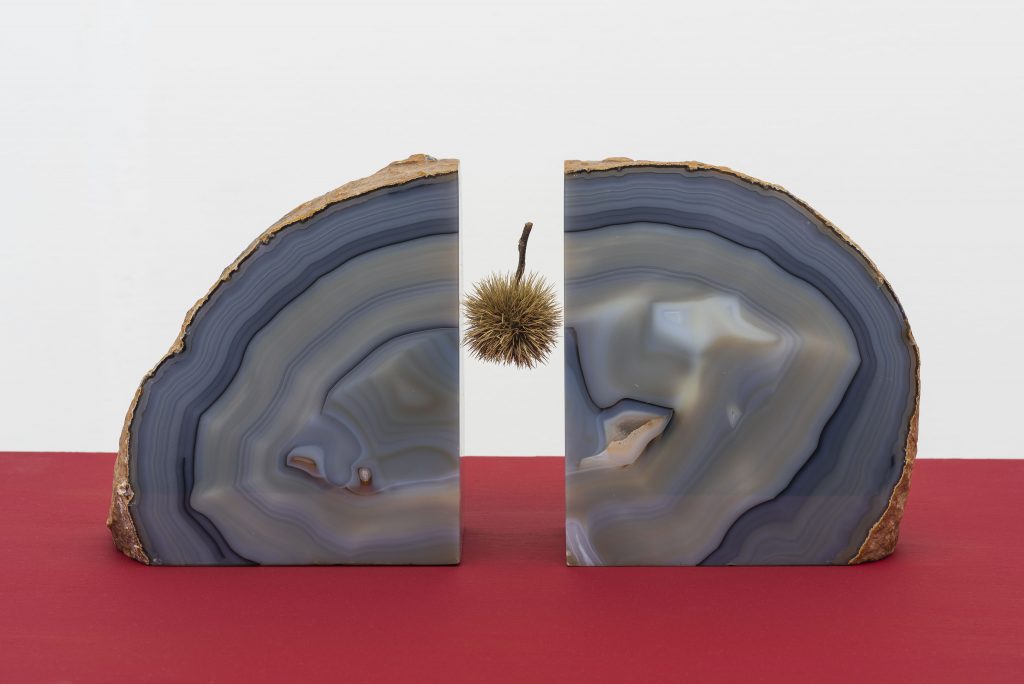 Laura Baffi – I can honestly say you are one of the artist I’m very fond of, so to speak. I vividly remember when in an exhibition I saw, for the first time, your works. It was in that occasion that I got to know you. I was stunned by what I saw, because your works were extraordinarily close at the artistic path I was approaching at. From that moment I have followed all your exhibitions (both personal and collectives) with keen interest and I can say that the affinity I perceived from the very beginning has never disappeared. Despite this, I ask you to briefly describe your work.

Giovanni Kronenberg – I don’t have formulas or “statements”, in fact I think we should seriously stop pedantically filling them in. I think it’s not up to the artist to tell or to illustrate his work. It’s quite absurd to ask him to make questions or hypotheses – through his works – and then to give the respective answers or certainties. The artist can transmit some more information, but he is a spectator of his work like all the others and like all the others he is subject to the mystery and secrecy that his work contains. To be honest I don’t even like to quote, but there’s a well known quotation that may be appropriate: “This, today, is all that we can tell you: what we are not, what we do not want.”

LB – Generally speaking, you always work on small-size dimensions and you prefer, on the overall view and the monumentality, an art based on detail research. Throughout acts apparently simple, you do micro – or macro, depends on the point of view – operations that modify the naturalness of the matter you are observing at. As if, scooping up the remains and making them your own, you attributed at the object another sense, innate, but otherwise unexpressed.
Where do the objects you collect come from and which, after transforming them, you expose?

GK – I don’t know if I work with small dimensions. I work with real, honest size. The objects I use are like this. I can say for sure I don’t force my works towards a gigantism that I have always found nauseating, gratuitous, useless. In a conversation, if it has a normal course intended as sharing or comparison, there is no need to shout. Then of course you can even go so far as to scream and beat, but it’s not a dogmatic or standard condition. I often think that the most famous and mysterious painting in the history of art – the Mona Lisa – is a little bigger than 50 x 70 cm.
I work on details because the objects I use have a strong polysemic charge and it wouldn’t make much sense, in my eyes, to twist them in the hope of adding more. I consider the art I propose an art of revelation and this is manifested, most of the time, simply through minimal – sometimes even transient – movements. The objects that I collect and propose as works often come from chance encounters, but other times from precise ideas and will. Over the years I have established relationships with people who submit these artifacts to me. I try to evaluate their formal and material possibilities and if I think it’s worth it, I try to put my hands on them and work with them.

LB – Your works express a rustic openness, but among the materials you make use of, there are often precious stones. Most of the pieces you use come from the natural world as well as they are poor or rich materials. Richness that isn’t ostentation, but elegance, refinement. How could we interpret the use you make of gold?

GK – For me, the elegance of the work is one of the most important challenges to work on. By elegance I don’t mean a state of subjective vanity, but a spiritual dimension, capable of isolating the work and enhancing its pathos and secrecy. Gold – for me only present as a very thin gold leaf, used both in sculptures and drawings – is an inevitable and recurring passage and landing place in my path, if you think that in the last 10 years I have worked with materials like silver, malachite, agate, ivory, porcelain, rock crystal and many others. I am also fascinated by its use in the history of art, because I perceive its tradition and therefore a comparison.

LB – Do you know what wabi-sabi is? I briefly describe it, to help the reader too: it’s a way of seeing things, especially in their transience, typically Japanese and derived from Buddhist teachings. Essentially it consists in attributing value to an extremely imperfect and/or incomplete definable element, in opposition to the Ancient Greek ideal of beauty. In wabi-sabi the defect becomes a characteristic, a peculiarity. In fact, the practice that best defines it, it’s “kintsugi”, where the fragments of a broken ceramic are welded with gold, embellishing it from an economic point of view, and also because it becomes an unique piece. It is said that wabi-sabi, in addition to a sense of beauty, releases also a certain melancholy. Mostly according to wabi-sabi, beauty is inherent in what is old, withered and deteriorated. Untitled (2019, dried leaf, golden marker) is, in my opinion, a representative work. Time has in fact a fundamental component in your work: the objects from which you begin, belong to another Era, they are withered, in some cases fossilized. What is your position on the relationship between Art and (im)perfection?

GK – My sculptures often bring together very distant times, in no way associable or approachable. Once they are reinserted in the “here and now” as works of art, they level out times and distances. I didn’t know the wabi-sabi thing, but it seems to me a modality actually similar to some of my working practices and suggestions.
Many of the works I made are literally the result of chance; some of them manifest themselves through transience. Pathos, mystery, secrecy, spirituality: the characteristics that I look for in artworks do not derive from exactitude or perfection.