Home » In a present – Thomas Helbig 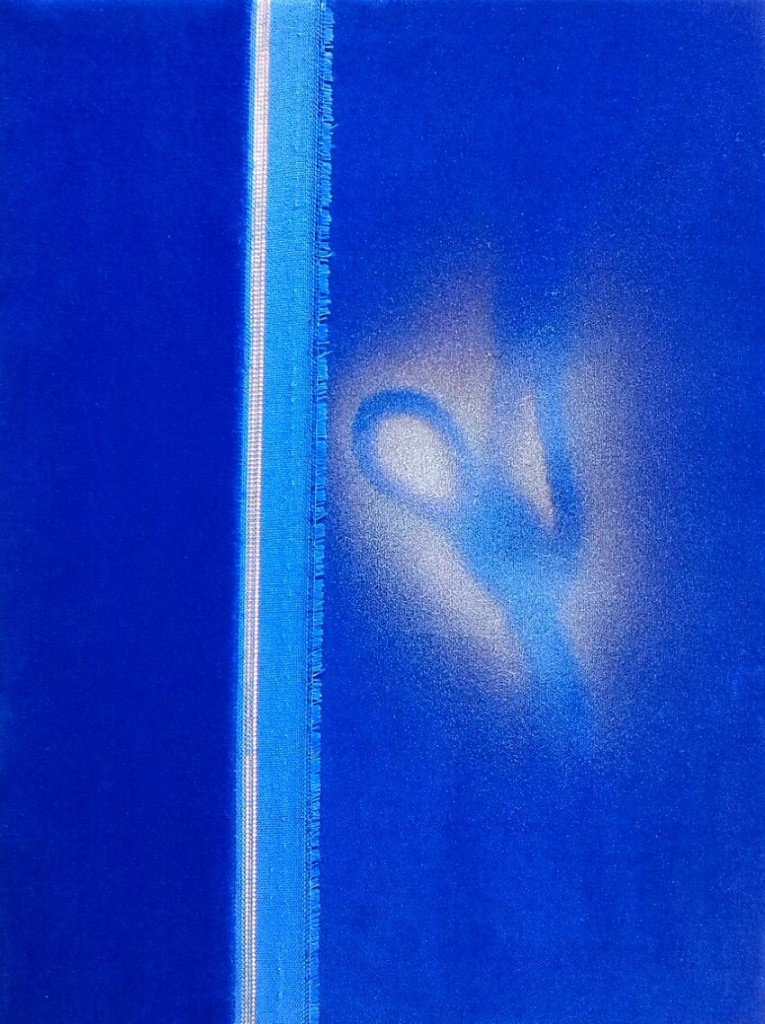 In a present,
that has separated from its cultural past, politics are separate from the truth and religion is separate from god.
In a culture of totalized unconcealment forced by digital media, a vacuum of meaning has established, in which any kind of cultural representation becomes increasingly suspect.

Not all that long ago, art seemed to touch on a profound mystery.
The substitution of a metaphor of deepness by the figure of an all embracing network gives rise to the question, what shape that mystery has taken on?

In Thomas Helbigs recent works, immaterial traces of jewelry, decorative chains, rosaries and cosmic motifs light up against the dark background of the medium, much like in photograms.
Helbig uses colourful stage fabrics as carrier material.
In contrast to a canvas, the surface swallows the light that hits it, or reflects it as a soft gleam.

Its deceptive backlighting, in which the negative forms take shape, are owed to the paint mist left by
previous spraying activity.

The thing itself has disappeared; what viewers perceive is an afterglow.
This reversal of painting acts as a form of trickery, and thus Helbig raises the medium’s question of presentation and representation in a hybrid play of material and colour application.